Joe describes how many people who never even pulled a trigger wind up doing life sentences for murder.

Joe describes the case of 12 gang members who all received life sentences because they were in a van with one gang member who spontaneously decided to pull a trigger.

“A number of people that are in prison who never did anything that shows a sort of moral abandon or depravity to justify a ‘death in prison’ sentence…. They were peripheral characters in a crime that spiraled out of control.”

Transcript:
So you have a number of people that are in prison who never did anything that shows a sort of moral abandon or depravity to justify a death in prison sentence because that’s what life without is. It’s death by imprisonment sentence it’s a slow death, 60 years in the case some of these of men that were locked up earlier 70 years in prison.

They were peripheral characters in a crime that spiraled out of control that wasn’t conceived at the beginning to take another person’s life and in there because a lot of these guys were teenagers at the time of the incident that gave rise to their life sentence. They didn’t really have the maturity or clarity to recognize that their behavior could have resulted in the taking of another person’s life but they might have participated in a whole several robberies with assurance being given by all concerned that no one is going to get killed and we are just going to show the gun to intimidate them and then sitting in a getaway car being a wheel man and the guy who goes in actually shoots somebody much much to their shock and in some cases indignation of the base men.

I worked on this one case where there twelve guys in a van. They were Vietnamese and they were being pursued by a car filled with rival gang members, this call and your telephone number will be monitored and recorded, when suddenly one of the guys in the van was not talking about it or discussing it with anybody else because one of the guys in the van became a state witness, that witness describes what happened as one of the guys just suddenly jumps out of the van and runs up to the car of the pursuing gang people and opens fire.

They all, all people all the 12 people in the van end up getting charged under the national and probable consequences doctrine with the murder. Even though they hadn’t agreed to this behavior and when the shooter gets back to the van they immediately, all the people in the van according the state’s own witness said what the hell did you do you just go off and do that without talking anybody and they were so mad they were considering shooting that guy for what he had done.

Nevertheless, they all got life sentences for that so that’s the sort of anomalies that can occur because of these inflexible murder doctrines and aiding and vetting doctrines. They cast a really wide net and a lot of the people that are caught with these life without sentences and life sentences are there because of vicarious liability and they don’t deserve it it’s really not defensible in their case.

I say that not speaking — because obviously I’m not the conscience of society — but you know its generally recognized that California in particular has a much harsher penological regime then anybody else in the entire civilized world. I mean there’s more people doing life without in California then there are in the whole rest of the world so far as the statistics show, and so per capita, the per capita statistic, it’s just off the chart.

So it’s something that I feel having met some of these men that are now 20, 25 years older 30 years older and are scheduled to death for death in prison that it should be looked at. It is an injustice because they never actually made a conscious decision to take another person’s life willfully or deliberately or intentionally. 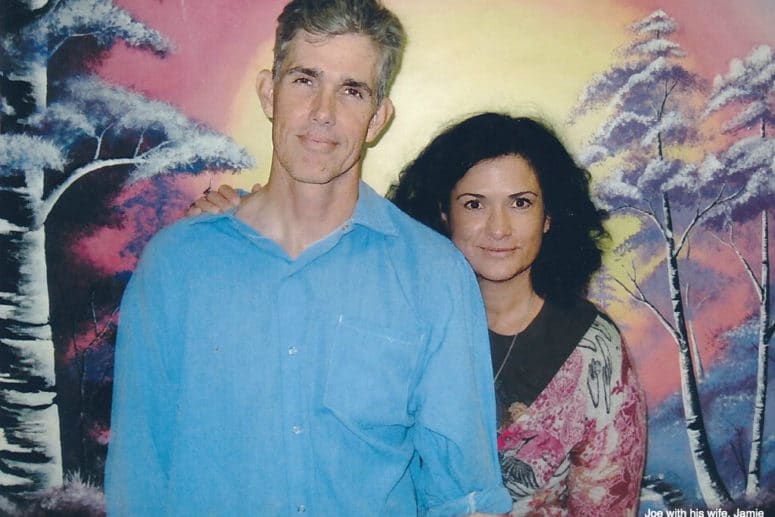