Joe explains the painful story of how Ron Levin’s scam led to the loss of all of his investors’ money.

Anyhow, I saw the opportunity, I was also trading for Ron Levin through first Rauscher Pierce Refsnes, a regional commodity house, and then Clayton, so how I was trading for them and what was actually going on there is an interesting and complicated story.

But setting that aside for a moment, I saw the opportunity to go long, to keep on futures contracts. I thought it was going to be a big move, the interests rates were going to go down which would have meant that future contracts would have gone up. So I told Levin about it.

We had made some money already in the accounts that had been set up with Levin. I was owed around a million dollars at that time since my deal with Levin. So I said to him look, I see this opportunity and I’m going to be buying stuff for my other clients and I’m going to buy some of the account for you, but I’d like to be paid what’s owed me under our contract right now. I said, is there going to be a problem getting me a half a million dollars of a million owed by Friday? This was on a Monday.

He said no problem, and I said well, I’m going to be putting on accounts, I’ll be putting on trades for my own account and for my investors. Is there going to be any problem getting that money by Friday? And he said absolutely no problem — go ahead and do it.

So I put on a bigger position than I had cash for margin at Cantor, and I also put the position on for Levin. Anyhow, of course Levin didn’t pay. I’m sure he had absolutely no intention of paying, just why he would say that after I told him about the context, I don’t know. It was just part of the cruelty of Levin back in those days. This is like 1983, I believe.

Anyhow, so, the money is not forthcoming and on Friday, Cantor Fitzgerald wants their money, because that’s business, and margin call’s due that day. So it was a five day call period back in that time.

Anyhow, I didn’t have it, if the position had declined a little bit it wouldn’t have been a problem had I had the half of million, but the result was they sold it, which was there right and was particularly appropriate. And he moment they sold it in the morning when they blew the position out it was declining at that point. The result was that my investors’ money had been wiped out.

Again, if I had the half of million dollars the position would have been sufficiently margined and that sale would have never occurred. Anyhow, as luck would have it, I was right, and (futures) took off and went on this historic run from what I think was fifty-five to eight-five which was a huge move. Interest rates declined substantially. Now the position, the notional position, that would have been taken on in the Levin account went on to make millions but my investors had lost their money and this was the point at which the BBC shipwrecked which is rather than just straightforwardly telling the outside investors that money had been lost, I just couldn’t emotionally deal with having that conversation.

Now, it’s easy to say at this distance, but the truth was, I couldn’t have cared less about the money at the time. I was just emotionally incapable of facing these people and telling them that I had lost their money.

I knew their money was important to them. Some of them were like widows and orphans investors. There was scholarship money for their children, or money for their children’s tuition for college, money for health matters and stuff like that and I just couldn’t see facing them, so I made a spectacularly stupid mistake and told them everything was cool. And it wasn’t cool. 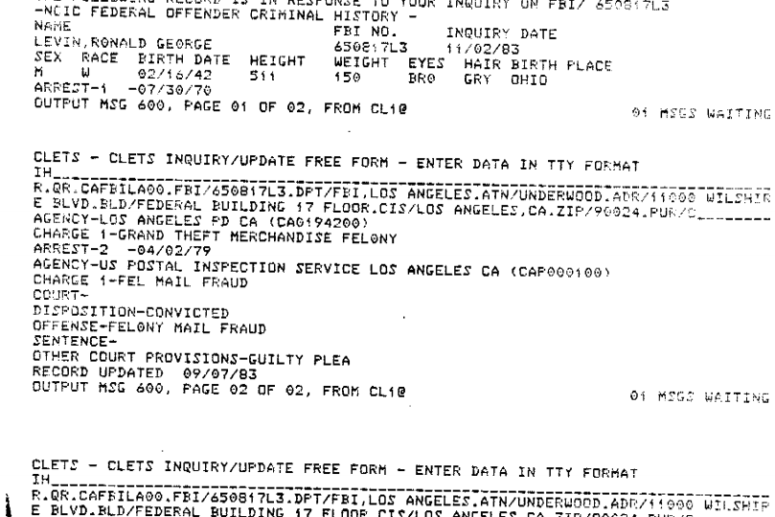